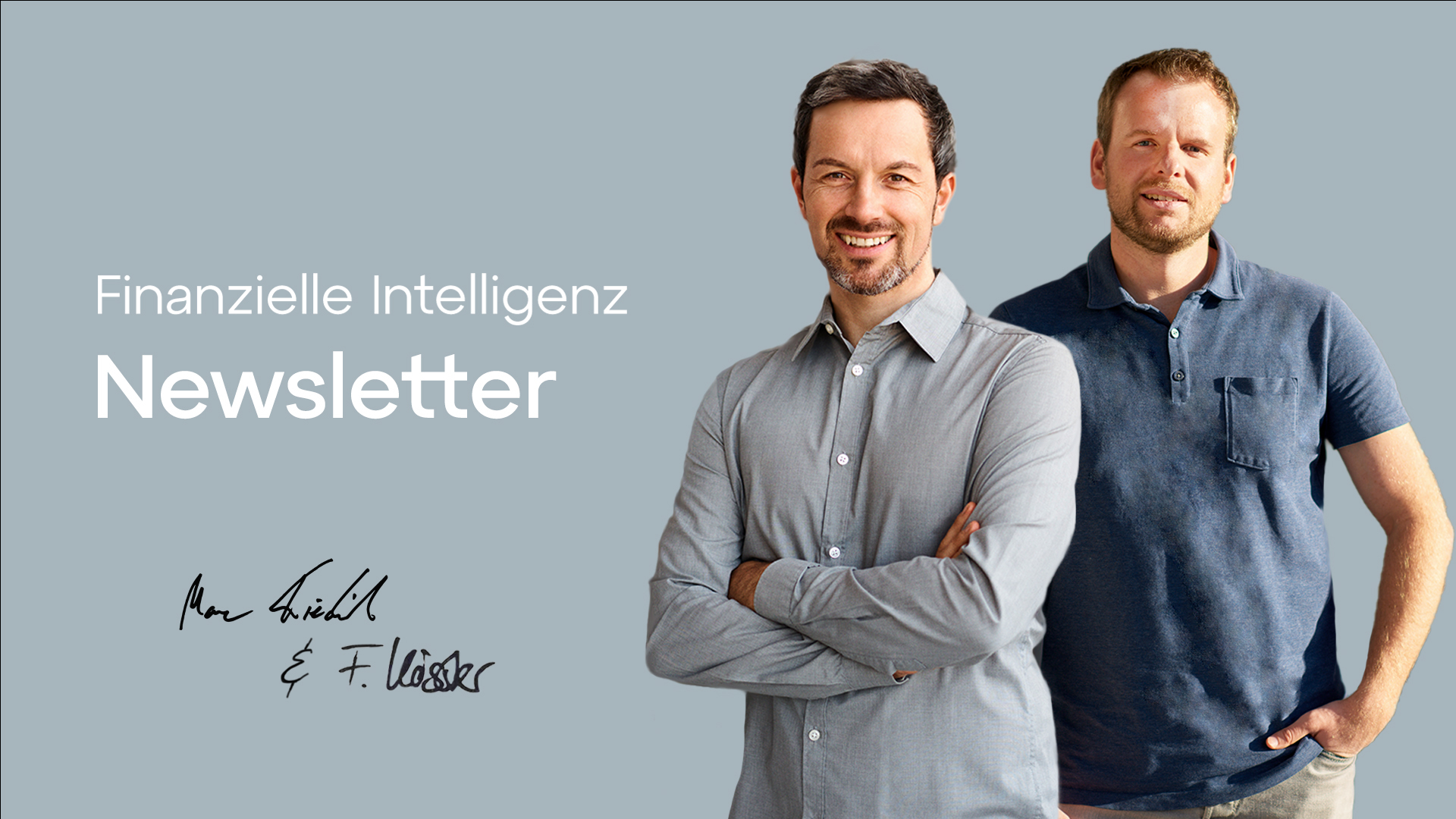 Inflation is here to stay!

While the European Central Bank (ECB) around Christine Lagarde, who has a criminal record for money laundering, and “top economists” like Marcel Fratzscher dismiss the inflation fears first as scaremongering and then finally as good “green inflation”, energy and commodity prices are exploding and robbing us of our purchasing power!

In September the official inflation was 4.1% in Germany and 5.4% in the USA. The first companies are already coming with price increases: Big players like Oetker, Henkel, Buitoni, Johnson & Johnson and many more will increase the prices for their products between 8-26%.

At the same time, the winter becomes either cold or really expensive, because fossil fuels currently know only one direction: Up! Last year alone, natural gas rose in price by over 140%. Coal was even over 330%. Who would have thought about that, but it is well known that the dead live, nevertheless, longer.

And the price of oil is at its highest level since 2014.

How can you protect yourself or even participate in this development?

The commodity supercycle is in full swing and in today’s issue we take a look at the status quo!

While many investors remain completely oblivious to the commodities sector, smart money is already massively positioning itself to profit from the next commodities boom.

We believe we are in for the biggest run in commodities in our lifetimes in the coming decade.

There has never been a better time to get involved in commodities. And while some commodity classes are already soaring, the really big price jumps are still ahead of us, as correctly classified and predicted in my current bestseller:

The commodity super cycle has only just begun.

And despite the plans of some Western politicians, this will not change in the near future.

It does not matter whether we think this is good or bad. Coal in particular is one of the most reliable and cheapest energy sources in the world.

Cheap, however, is an attribute of the past for the time being, because the price of coal has only known one direction in recent months.

Coal prices have risen sharply since the beginning of the year, and over a twelve-month period, the trend looks even more extreme.

‍Why the rally in coal continues

The energy crisis is not just affecting Germany or Europe. Around the globe, countries are struggling with the same challenges.

In China, the situation is perhaps even more concerning. Coal contributes 60% (!) to the energy mix in China.

As you can see in the chart above, inventories in China are extremely low compared to previous years.

The Chinese are currently so desperate that they even have to start importing coal from Australia, even though an embargo has been imposed due to geopolitical tensions.

If the power goes out, you have a revolution faster than the party would like. Other skirmishes are gladly put on the back burner. Read the full story on China and Australia here: China turns to stranded Australian coal to combat power crunch-trade

But China is not the only country desperately looking for coal. Another Asian heavyweight is also facing massive problems.

Coal inventories in India are also at an all-time low.

Conclusion: Coal prices are likely going to continue rising, especially in a cool winter. But caution is advised, as many coal stocks have already performed well. Now, it is important not to buy blindly and to have an exit strategy. Sooner or later, the situation in the coal sector will also return to normal, at least for the time being.

‍Coal is expensive, so let’s heat with gas!

Basically not a bad idea, there’s just one catch: gas prices have also exploded to absolute record highs over the past few months.

Against this price trend, even bitcoin looks old.

This will, of course, have a major macroeconomic impact. More expensive energy prices affect everyone in society, whether large corporations or sole proprietors.

Unsurprisingly, the growth outlook for 2022 is already being cut.

In addition to rising gas prices, however, we have a completely different problem in Germany. Our gas reserves are at a historic low, while gas prices are historically expensive. This is as unfavorable a starting position as possible.

If the coming winter turns out to be particularly chilly, we can only hope that the evil Vladimir will continue to supply us with enough gas.

“The European gas crisis has shown the extreme leverage that Russia has over Europe and beyond,” said Thierry Bros, an energy expert and professor at Sciences Po Paris. “Putin is the only one who could prevent blackouts in Europe because Russia has spare capacity. This is a position of power.”

Also described in the article is that Russia has become an absolute energy power house. The author estimates that Russia controls 25% of the global gas trade and 13.3% of the oil trade.

German industrial power + Russian commodities would have always been a powerful combo, but that is a story for another newsletter.

Currently, German storage facilities have about 16900 MCM/D of gas in stock. On average, inventories fall by about 17500-20000 MCM/D from October to March.

According to Adam Riese, a deficit is looming here.

Given this starting position, some people in Berlin might be longing for climate change, at least for one winter.

Consequently, energy prices in Germany and Europe will only go in one direction: up. Thanks to levies and taxes, Germany is already in first place, and we should be able to comfortably defend this starting position in the coming winter.

Gas stocks have performed magnificently over the past twelve months, with Russian heavyweight Gazprom alone rising by almost 200%.

However, it is also true that you should not buy stocks whose price development looks like a flagpole. Gazprom is a very attractive dividend stock in the long term; if you are not currently invested, wait for setbacks!

An alternative for a dividend strategy is, for example, the Spanish energy company Enagas (ISIN:ES0130960018), which currently pays a dividend of 8.56%.

Let’s conclude the energy theme with oil. Here, too, prices are pointing strongly upwards. Oil has recently broken a downward trend that has lasted for more than 10 years.

As described in the book “The Greatest Opportunity Ever,” we expect triple-digit prices for oil this decade. Price pullbacks in oil, which will undoubtedly come, are absolute post-buy opportunities.

Back in July, we published an interview with Lyn Alden entitled “Oil must be in the portfolio“.

Nothing has changed, but timing is still crucial!

One of Lyn’s favorite oil stocks is the Russian company “Lukoil”, which has also performed very well, but is now facing major resistance on the chart. Be patient and wait for setbacks. Lukoil also pays about a 3% dividend, which is certainly an interesting stock in the long term.

Are all commodities are rising?

Not quite, a small Gallic, golden village, is putting up fierce resistance.

Gold has been trapped in a downtrend since August last year and is more or less moving in place. The same applies to silver and platinum.

We will go into more detail about gold in the upcoming issue; for now the big resistance is at $1830. As long as gold is quoted lower, there is no reason for excitement.

However, we expect a trend reversal in the course of the coming months and prices above 2000$ again in 2022. Especially precious metal mining stocks are still among the most favorably valued asset classes in the commodity sector; here we have absolute buying prices and long-term unique opportunities.

Bitcoin has shown in recent days, and especially in the last week, that the dead live longer. After a week-long consolidation phase in the $40,000 region, Bitcoin is now back in full force in an uptrend and marching towards an all-time high. Where does this strength in the Bitcoin market come from? Let’s take a look at this chart to find out:

The orange bars represent the amount of Bitcoin held by so-called “Long Term HODLers”. “Long Term HODLers” are entities in the Bitcoin market that have a history of long holding periods. This means that they do not sell their Bitcoin for a very long period of time (+1 year). It can be seen that these individuals have accumulated 2.37 million Bitcoin since the all-time high and correction.

With 13.28 million Bitcoin under their control, we are now at a new all-time high for the amount of Bitcoin in the hands of Long Term HODLers. This fact has a positive effect on the price as those 2.37 million Bitcoin are now out of the market and supply is tightened. Following the simple rules of supply and demand, it is clear that the price must now rise to compensate for the lack of supply. This statistic is also interesting:

Why is this statistic interesting in this context?

We see here the number of people in the Bitcoin network. It is clear to see that the all-time high in users can be found around January 2021. Until the all-time high, we were then in a clear downward trend.

What is now emerging is very exciting:

In October alone, the number of users increased by a whole 18%! However, there is still a long way to go to reach the all-time high.

Now you can see the significance of this divergence:

Price-wise we are close to the all-time high, but the number of users is still far from its all-time high. This means that Bitcoin is no longer on the radar of many individuals and is thus sneaking towards its all-time high before these individuals see what is happening. These individuals will then come back into the market out of fear of missing out and fuel the new rally. This is exactly why the ATH is the most important price target for the near term and the momentum that will then be created should not be underestimated. In the short term, a correction into the $52,000-51,000 range is still conceivable, as the market may be a bit overstretched at the moment.

And while some fear the high energy costs, the daily news are cheering at the same time.

After all, what bothers top earners about a slightly higher electricity bill. In case of doubt, the broadcasting fee (GEZ taxes) is simply increased!

If the SPD and Katarina Barley have their way, the solution is as clear as dumpling broth: Those who cannot afford heating costs in the winter just have to dress warmly! And those who run away from food prices in the future should simply eat less. That’s how easy it is to beat inflation. We are at the end of the current cycle.

Don’t miss any news from now on!

Subscribe to our newsletter now to receive regular market updates and be informed about the most important events around the world.

Short, crisp and always up to date!

The content of this article was translated from the German original: https://www.friedrich-partner.de/blog-post/newsletter-finanzielle-intelligenz-vom-15-10-2021 loaded 29.11.2021

One thought on “Financial Intelligence Newsletter for 15.10.2021”